Languages
You are here
Home » Economy and stock markets
Print

The beginning of a new year is always associated with keeping or giving up on New Year’s resolutions as well as expectations as to what the coming year will be like. As for economics, we have taken a quick look at what development is suggested by the German stock market. If these expectations are fulfilled, they will have positive effects on Czech economy.

A popular topic at the turn of the year is reflections about what the future development of economy may be. In recent years, emphasis has been usually placed on uncertainties of economic development, external risks (such as potential trade barriers between the USA and the EU, and immigration risks), as well as the exhausted growth potential in the EU. Consequently, we have analysed what opinions are held by investors on the development in stock markets. Unfortunately, we could not have selected the marginal Czech market for the analysis. Therefore, we have used securities that are primarily listed on the German stock exchange.

We assume companies from among top 50 firms with the highest market capitalization in the given market, with the analysis using Standard & Poor’s Capital IQ database.

The first interesting piece of information is the development of total market capitalization (i.e. the sum of all securities ranking among top fifty). The development in the last three years (year-end 2016, 2017 and 2018) is the following (in EUR million):

It is clear that the market was undergoing a partial adjustment when it decreased by more than 16% compared to 2017. In each of the previous year, information appeared suggesting negative global events which most likely prevailed in 2018.

It is interesting to have a look at individual market statistics, out of which we have selected the growth rate and the enterprise value/EBITA ratio (it is a frequently used comparator comparing a company’s value including credit liabilities to profit/loss before depreciation and interest). These statistical indices are summarised in the table below.

The low value of the upper quartile growth rate suggests that in 2018 the decrease in capitalization had an impact on nearly three quarters of stock titles included in the analysed sample, which was a major difference compared to 2017. The decreasing trend was the prevailing characteristic of the German stock market in 2017.

Another interesting piece of information is the values of the frequently used EV/EBITDA comparator. Following an increase in 2017, the ratio came back to the values roughly equal to the values of 2016 and has remained rather high. These values may suggest that negative information resulting in an adjustment of the German stock market has already been reflected in prices and shareholders no longer expect a development leading to stagnation and economic recession. Given that German companies are highly export-oriented or operating in numerous countries due to their size, the ratio values are also an indicator of the global macroeconomic stability.

This is where investors in German stock agree with the expectations of global institutions, such as the forecasts of the International Monetary Fund expecting real GDP growth for Germany close to 2% (1.9%) and 1.8% for western Europe.

Information from stock markets means that investors expect a stable economic development despite imminent macroeconomic risks (such as Brexit and the U.S. trade policy). The development is not expected to be adversely affected by the ECB’s stricter monetary policy. It will not be until at the year-end when it will be clear whether such expectations were correct.

Our valuations use data from databases available to us to ensure that the valuation parameters are as close as possible to market expectations. We will be pleased to assist you in the valuation of your company. 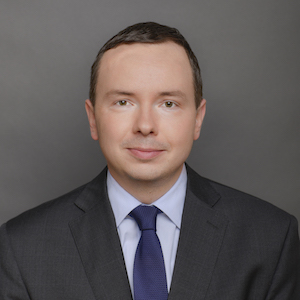