Languages
You are here
Home » “War tax” in sight
Print

A Europe-wide discussion on the potential adoption of a windfall tax began already in the first half of the year, driven by the global situation over the last months, in particular the ongoing war in Ukraine. Many member states , including the Czech Republic, are now in the process of implementing this kind of taxation.

This temporary emergency tax is expected to apply from 2023 to 2025. The essence of the newly announced tax is a 60% tax surcharge applied to windfall profits, which is to be determined by comparing the tax base for the current year with the average of historical tax bases for the 2018-2021 period; this average will be increased by 20% for comparison purposes.

However, it will by no means apply to all income tax payers. The windfall tax targets extremely profitable major businesses operating in the following economic sectors:

Energy sector businesses will be subject to the windfall tax if they are part of a holding whose annual income from the activities covered by the tax exceeds CZK 2 billion. A separate CZK 6 billion income test will apply to the banking sector. The windfall tax will be administered by the Specialised Tax Office.

Given the expected effective date of the amendment, the entities listed should pay the 60% increase in income tax (on top of the standard 19% corporate income tax) from 2023. However, the income test criteria need to be assessed for as early as 2022. If the criteria are met, the businesses concerned will have to make a calculation based on their 2022 results and start paying quarterly advances on the windfall tax as early as 2023.

At his Thursday press conference, the Finance Minister also mentioned the planned amendment to the Energy Act reflecting the EU price caps. The Finance Ministry is expecting these two new measures to raise an additional CZK 100 billion for the state budget. While the new windfall tax will directly affect just a handful of taxable entities, government representatives from many European countries, including the Czech Republic, consider it an effective tool for dealing with high energy prices in the economy. 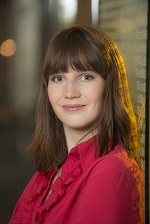