Languages
You are here
Home » Is VAT included in the real estate acquisition tax base?
Print

Is VAT included in the real estate acquisition tax base?

The principle of the benefit of the doubt has helped many taxpayers to save on tax. However, the taxpayer must usually enforce the principle by legal action. This was the case of the village of Střelské Hoštice that has recently attracted much media attention. What was it about and what effects does it have on other taxpayers?

The village sold a plot of land and applied output VAT. It filed a real estate acquisition tax return and included VAT in the tax base although this is not expressly provided for by the law but is only mentioned in the explanatory report. Then the village appealed the filing. After the appeal was dismissed, the case was referred to the regional court and, following an unsuccessful action, to the Supreme Administrative Court. In June, the Supreme Administrative Court surprisingly ruled in favour of the taxpayer, which has opened up space for a wide-ranging discussion about the applicability of the judgment and tax refunds for other taxpayers. Although the tax administration first took a restrained approach to it, after the judgment was upheld by another bench of the Supreme Administrative Court, the tax administration issued a press release on 5 September 2017 to the effect that prices agreed exclusive of VAT would be accepted in the case of taxpayers-sellers. It follows that if you agreed in a real estate purchase agreement in the period from 2014 to 31 October 2016 that the real estate acquisition tax would be paid by the seller and the acquisition value was calculated based on the agreed price including VAT, you may claim the difference in the tax back provided that no more than three years have passed since the deadline for filing the tax return.

A question that remains unanswered by the Supreme Administrative Court and the tax administration is whether the conclusion can be applied to cases where the real estate acquisition tax is paid by the buyer, i.e. to situations from 1 November 2016 on. In our opinion, an amendment to the Senate’s legislative measure can be expected unless the Supreme Administrative Court delivers a judgment in a case involving a buyer as the taxpayer.

If you are now facing a decision whether or not to include VAT in the real estate acquisition tax base, do not hesitate to contact us for advice. 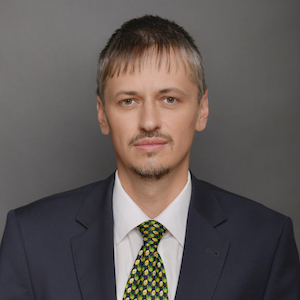 Financial and tax due diligence