The EU Tax Intermediaries Directive (“Directive”) introduces new mandatory obligation on intermediaries and taxpayers to report information on cross-border arrangements that meet certain criteria to the tax authority (“EU Disclosure Requirements DAC 6”). This Directive will be implemented into the Czech legislation next year, but with retrospective effect.

The Czech Chamber of Deputies is currently discussing the amendment of the Czech mandatory disclosure rules legislation which will implement the DAC 6 requirements.

The Directive requires mandatory reporting by tax intermediaries (including tax advisers, lawyers, notaries or auditors) or in some situation, taxpayers, of certain cross-border arrangements which concern more than one member state, or a member state and a third country within 30 days of the earlier of:

It will also require intermediaries to report changes of arrangements that are considered to be ‘marketable arrangements’ within 30 days of the last day of the calendar quarter in which the changes occurred.

The effectiveness of the amendment

The amendment will be effective from 1 July 2020, but the rules will apply retrospectively from the date the Directive took effect, i.e. 25 June 2018. This means that the mandatory reporting obligations for intermediaries will include information related to reportable arrangements where the first step of implementation is undertaken on or after 25 June 2018.

What are reportable arrangements?

Reporting requirements can be triggered by the existence of certain ‘hallmarks’ or characteristics, defined in the Directive. These hallmarks distinguish between ‘generic’ and ‘specific’ hallmarks for which a ‘main benefit’ test also needs to be fulfilled and those which of themselves result in a reporting obligation.

The ‘main benefit’ test will be satisfied if it can be established that the main benefit or one of the main benefits which, having regard to all relevant facts and circumstances, a person may reasonably expect to derive from an arrangement is the obtaining of a tax advantage.’

The following hallmarks define an arrangement only when they fulfil the main benefit test:

The following hallmarks will trigger a reporting obligation by themselves:

Who announces the arrangements?

The obliged person is primarily the intermediary (e.g. tax advisors, lawyers, etc.) of the arrangement or the relevant taxpayer if the intermediary is obliged to maintain professional duty of confidentiality.

Information to be reported

Pursuant to the law amendment, it will be reported the below information:

The Czech Tax Administrator may impose a fine on an intermediary or a taxpayer for failure to meet the reporting obligation up to CZK 500,000.

If you have any questions regarding the “DAC 6”, please do not hesitate to contact us. We will be happy to help. 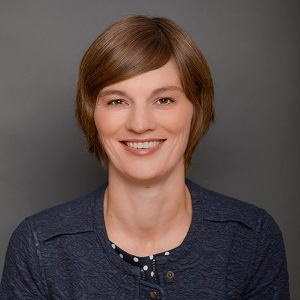