A couple of weeks ago, we informed you about certain ambiguities and changes brought about by the amendment to Section 56 to the Value Added Tax Act in connection with private law recodification. This issue of our tax newsletter presents the opinion of the General Financial Directorate on this topic.

Following frequent questions raised by the public regarding this matter, the General Financial Directorate issued Information on VAT application on the supply and lease of selected immovables after 1 January 2014 (Sections 56 and 56a of the VAT Act). The information is to unify the application practice in respect of Sections 56 and 56a for taxpayers as well as the tax administration.

By issuing the Information, the General Financial Directorate intends to impose order on the current, somewhat chaotic situation, introducing such as more specific rules for the exemption of transfers of land and other immovables and distinguishing between ‘incorporeal’ and ‘materialised’ rights of superficies. According to the General Financial Directorate, the transfer of land whose part is a structure for social housing is also subject to the reduced tax rate even though, under the Act, the reduced rate is only applicable to transfers of structures for social housing and their appurtenances.

In our opinion, the Information is beyond the scope of the enacted law. A positive interpretation for many is contained in Point 1.3. This applies to land for which an advance on the purchase price was paid in 2013. The transfer of the land would be VAT exempt in 2013 but will be subject to tax in 2014. In the case of such land, the tax will only apply in 2014 to the difference between the total amount and the advance paid in 2013. As a result, if the price for a plot of land is paid in full in 2013, the tax burden on future purchasers (often individuals) will not increase according to the General Financial Directorate.  Unfortunately, the Information does not present any arguments that would be based on the applicable provisions of the law. The reason for the absence of any arguments is most likely the fact that such an interpretation cannot be supported much by the law.

Another controversial issue is the definition of the term ‘plot of land’ for the application of the same tax treatment both to the structure and the adjacent land. According to the interpretation explained in the Information, the land adjacent to a structure is deemed to mean a specific plot of land with a separate lot number on which the structure is located.

Although the General Financial Directorate took steps, or attempted to take steps, to clarify the situation, we believe that following the Information in some cases could be relatively risky. In our opinion, this situation could only be resolved by an appropriate amendment to the law. 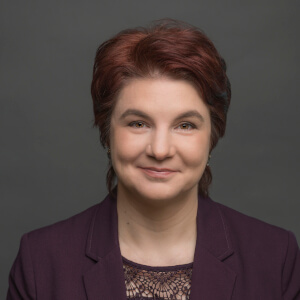