Languages
You are here
Home » Telefónica Czech Republic, a.s.: The Register of Facilities and Workplaces – This Is What Data Under One Roof Means
Print

Telefónica Czech Republic, a.s.: The Register of Facilities and Workplaces – This Is What Data Under One Roof Means

An integrated communications operator with more than seven million lines, both fixed and mobile.

ROP3G is an indispensable application in the environment of Telefónica Czech Republic, a.s. ROP3G is a single coupling element unifying the systems of the company that are linked to it. The quality of the data in the application is an essential condition for ensuring consistent processes across the company.
Luděk Klečka, Supervisor for the Application-Based Network Operations at O2

To develop a customized application for the customer – a third generation registry of facilities and workplaces, or ROP3G.

Approximately 2,500 employees work with the ROP system at Telefónica, out of whom about 1,500 are logged in to it concurrently. The number of permitted queries from the trading system is 2,500 per day; the same number also arrives daily from the inventory segment.

By 1996, the system’s territory identification function had been secured by means of the “Číselník základních identifikačních jednotek” or CIZIJ (Code List of Basic Identification Units); however, CIZIJ was not linked to the integrated spatial identification system in the Czech Republic. Integrated spatial identification is implemented according to the Standard informačních systémů veřejné správy k prostorové identifikaci (Standard of Government Information Systems for Spatial Identification). In accordance with this, the data collected in the registers are provided by the Czech Statistical Office (territorial units, constructed facilities) and the Ministry of Labour and Social Affairs (constructed facilities, addresses, streets, and public spaces). The elements of spatial identification that are characteristic for telecommunications are then provided by the Czech Telecommunication Office (telephone circuits).

ROP has one major advantage over CIZIJ: integration.

As the latest version of the application, ROP3G supports collaboration with other programs, thereby increasing the overall efficiency of the network. The ROP3G Locator module was developed in 2011, and enables searching for specific entries in the list of codes (buildings associated with a specific address, constructed facilities without any address, and constructed facilities abroad). A specific entry for the Czech Republic can be found in this module by following the hierarchy of spatial identification elements (a region, district, municipality, etc.) step-by-step. It is also possible to find an entry by its name, coordinates, or identifier. A full-text search engine allows addresses to be traced by an unstructured text. The module has a window displaying graphic representations of data from ROP3G integrated for better user orientation and a separate logic available for finding a code list entry abroad (including detailed searching done in the territory of the Slovak Republic). The ROP3G Locator module is also used to address situations when a required record is not found, in which case the user sends the request to the dispatching centre.

In addition to these batch updates, ROP3G is updated by other means. The most important and most frequent updating is done by authorized users of the dispatching centre that Infinity Systems, a.s. operates for Telefónica Czech Republic in the whole range of services. Jan Koubek, the head of the development department for Oracle Technology, said about the project: “ROP has been in operation for more than ten years, and during that time its technology and functions have been constantly developing. It is not about rapid changes, but changes that have been planned and supported by consistent analyses that contribute to its stability and high operational reliability. After all, a whole range of other systems in O2, including the customer system and the system for terrain workforce management, is closely linked to the system. Our stable team of problem solvers and the trouble-free operation of the dispatching centre also have a significant role in the system improvements.”

Dispatchers update data on the basis of enquires entered by users utilizing the ROP3G Locator module. They deal with up to 80 queries per day, and they update streets, public spaces, constructed facilities, and addresses while doing so. They also administer the constructed facilities that have not yet been entered in the state administration registers, e.g. constructed facilities without a certificate of occupancy issued, buildings that have not yet been assigned a house number, or buildings that permanently have no house number. Dispatchers update the above specified data in cooperation with municipal authorities or by performing a qualified search in the website of the Land Registry. Therefore these are fully valid data complementing external data sources. The ROP3G application has the most current possible information available. In addition to spatial data, it includes data on organizational units of Telefónica Czech Republic, a.s., economic entities in the Czech Republic, and unverified data on foreign entities. It thus provides a comprehensive and integrated database, an essential condition of quality support to the processes taking place throughout the company, especially the Service Supply Process and Service Securing Process. It thereby significantly contributes to increasing customer satisfaction, as measured by the CSI (Customer Satisfaction Index).

“In terms of new features to be introduced to the application, we have also been developing improvements that the users of the O2 portal will notice in the area of electronic comments on the existence of underground services for builders. As one of the few telecommunications companies in Europe, O2 Czech Republic also provides the service in an automated manner,” concluded Koubek.

ROP3G provides a comprehensive and integrated database, an essential condition of quality support to processes taking place throughout the company, especially the Service Supply Process and Service Securing Process. As a result, it significantly contributes to increasing customer satisfaction, as measured by the CSI (Customer Satisfaction Index). 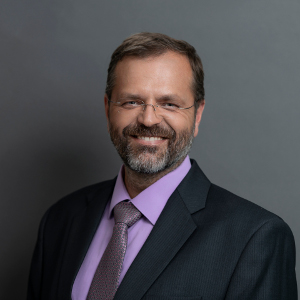