Severočeské vodovody a kanalizace, a.s. provides comprehensive drinking water production and supply and subsequent drainage and wastewater treatment services. It serves 1.1 million people in the Liberec and Ústí regions. The company has 1,734 employees and operates 69 water treatment plants and 222 sewage treatment plants. The operated network length ranks the company among the largest in the country. It is the leader in implementing modern technologies for water treatment and purification.

I consider the design and implementation of the structured cabling system to be highly professional. Although the cabling cannot be seen, it is 100 percent efficient. The modularity of the structured cabling system facilitated organizational changes in individual departments, especially moving staff and even entire offices to other premises. The parts of the building/floor vacated as a result of this reorganisation can be rented to other entities. This may bring us significant cost optimization. Petr Bouša, IT Specialist, SČVK

To replace the non-uniform cabling system of the computer network and telephone wiring with a modern structured cabling system combined with a 230V wiring system under the following conditions:

The original wireways were enclosed in standard surface mounted PVC mouldings that were fixed to the panel constructions of partitions and perimeter walls. The cabling was performed in a non-unified manner, using the whole range of technologies from SYKFY telephone cable ducts which were at the end of their life through prevailing UTP CAT3 to more modern CAT5. The 230V wiring system was also installed in PVC mouldings, often running parallel with the telecommunications cabling. Several mutually interconnected computer network centres were constructed around the building. Servers of various platforms were located in different rooms.

Two offers of standard structured cabling systems arranged in stacked arrays and with a fibre optic backbone connecting all centres, located on individual floors with the main centre in the middle of a ten-floor building, were submitted for implementation. The main centre was located in a separate room, where all servers will be gathered.

The offered options differed in their cabling configuration. The first option conformed to officially promoted trends in structured cabling development and the original requirement of the customer. It was based on CAT6 STP-cabling that was run in sheet-steel Tehalit cable management systems fastened below parapets under the central heating radiators. The option was based on the UTP CAT5E cabling, also conducted in sheet-steel parapet gutters, which, unlike the first version, were designed as part of the office interior so that, together with a system of blinds and veneered panels, they would cover unsightly radiators without decreasing their heat efficiency.

Having considered the future development of CAT6, CAT7 and higher cabling systems, we decided to draw up a quotation for UTP CAT5E wiring (newly CAT5). In current trends in transmission speed development for active network components, problems with copper transceivers occur at 10-Gb/s wire speed and the transmission range on the copper cabling is limited. In addition, the standard RJ-45 connector has gradually become unsuitable. On the other hand, the standard network user does not fully use even the capacity of a 1 GB connection. With the steady decline in prices of fibre optic cables, the future of structured cabling systems for the next twenty years must be seen as purely optical. We were able to persuade the customer to choose the second option, under which the investment in cable routes was significantly higher but the routes were modular lengths, thus allowing the metallic cabling to be replaced with fibre optic cables. The whole system presents a tidy impression and completes the interior look of individual rooms. The same partitioned cable trays (of course, the sheet-steel trays and partitions are interconnected and grounded) in two finishes are used to fasten the shielded 230V wiring. Standard white sockets are designed for standard appliances (lamps, kettles, etc.). Red sockets are equipped with a key that only allows the special counterpart plugs to be connected. These sockets are specially protected and are designed for connecting computer technology and peripheral equipment. Of course, they have all three levels of overvoltage protection.

As a part of the new structured cabling system construction, a fibre optic cable was additionally installed from the centre to ground-floor of a former transformer station because the premises are planned for use as a server room; the servers that are in the centre of the structured cabling system will be kept as backup servers. The server room was backed up both by the standard UPS APC Symmetra and a motor generator that covers longer power failures.

As a part of the new structured cabling system construction, the utilized active network components (switches) were also modified as they were unified on the HP platform.

The structured cabling system in the ten-floor building of SČVK headquarters created a modern telecommunications infrastructure for the computer network and its completion influenced the design of the office interiors.

The unification of network switches on the HP platform significantly increased the reliability of service interventions and simplified their logistics. The modularity of the structured cabling solution facilitated organizational changes in the various departments of the company. Any parts of the building/floor vacated as a result of this reorganisation can be rented to other entities. 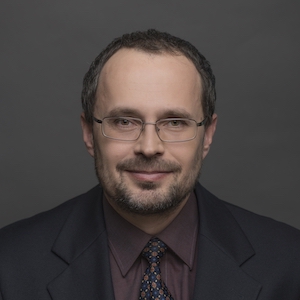