EMOS Group is a company operating in the Czech Republic, Poland, Slovenia, and Hungary. Its main lines of business include import, export, wholesale, and retail, and services and assembly works rendered in the area of weak current systems.

In contrast with VMware, Microsoft Hyper-V offered us an opportunity to deploy virtualization absolutely free of charge. We were able to deploy the necessary tools for automated administration, maintenance, and backups of Microsoft System Center, and we saved 3,600 EUR.
Jiří Střípek, CIO EMOS

EMOS runs two electronics stores of its own and a number of key IT systems that need to operate 24/7. A failure, even a temporary one, of their server infrastructure could result in non-compliance with delivery times, potentially leading to the penalties common in the chain-store environment. Client trust in reliable deliveries could be threatened if such failures occurred repeatedly, and clients might even change suppliers.

The primary reason for changes in the server infrastructure was that the lifespan of the previous physical servers was approaching its end.

Having been in operation for five years, the original server solution was increasingly likely to fail, the price of SLA had increased (it is more complicated to keep spare parts in stock), and new hardware, which is significantly more efficient and high performing, is available thanks to technology advances.

The company decided to acquire a new server infrastructure when Microsoft launched their Windows Server 2012, including the Hyper-V innovated virtualization technology. The company had a quotation and comparison with similar tools from VMware drawn up. However, the resulting analysis prepared by Infinity showed that Hyper-V could cover the company’s needs in all respects and was significantly less expensive.

The virtualization in the Hyper-V environment enabled the consolidation of the original server infrastructure from fourteen to three physical servers, opening completely new possibilities for distributing hardware devices among individual servers. At the same time, this solution enabled the possibility of replacing the existing cooling system with high-performance air-conditioning units based on the free-cooling method using cool air from outside.

Other significant enhancements resulted from the deployment of Microsoft System Center 2012 tools: when the System Center Virtual Machine Manager is put into operation, the computing capacity, random access memory, and disc space are assigned dynamically depending on the gradually changing requirements of individual servers, without any need for changes in the hardware equipment of the physical servers. Thus, demands for funds invested in hardware decrease, while the performance of key applications grows.

An important function that the IT Department started to use immediately was the easy creation of a testing environment. For example, when a new update is to be tested, a copy of the respective machine can be easily created in the Virtual Machine Manager; required changes can be made using this copy, and the stability of the whole environment can be then tested and further necessary steps identified. In the past, such changes had to be made in the production environment, and if a problem arose, the system had to be restored from backup.

Deployment of the Hyper-V virtualization together with migration to the new Windows Server 2012 / System Center 2012 server platform generated significant savings on hardware and energy consumption for EMOS. When the temperature outside was under 12 °C, the power input to the cooling system decreased by more than 83%. The company will thus save thousands of euro annually on cooling alone. The system also ensures new possibilities in the area of everyday administration and management of server infrastructure.

In case of need, all existing activities can be transferred to a backup destination without interrupting ongoing operations using the System Center Virtual Machine Manager and the tools integrated in Windows Server 2012. If there are any critical technical problems in the primary server room, the crucial non-stop operation of all the systems will thus be secured.

Updates and upgrades of applications can be performed in a temporarily virtualized testing environment. Additionally, IT administrators can keep track of performance requirements that individual virtual machines have and can continuously change the hardware equipment allocated to them. They also have a clearly arranged administrative environment available to monitor operations of all servers and applications and to administer end stations.

Energy savings run to thousands of euro per year, savings of acquisition costs as compared to similar solutions amount to approximately 3,600 EUR. There are new possibilities in the area of everyday administration and maintenance of the server infrastructure. 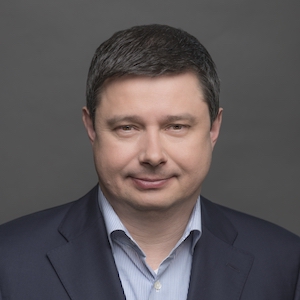